Skip to content
Here is a small guide on what different kinds of cameras are available in the market and what camera is the right fit for you.

Before starting with photography, it is very important to decide which camera you need. Photography is a vast subject and has a lot of different niches. Photographers or videographers always choose their niche in which they are comfortable with and can show their passion to the world with ease. Looking at photographers and their niches in mind, camera companies have always been coming up with a large number of camera models for many years and upgrading along the way. Also, there are cameras available for every budget. These vast numbers of cameras, lenses & accessories could be overwhelming for a budding photographer. Camera systems and functions have also gotten complex compared to previous versions, due to ever-expanding functions. Choosing the right camera, lenses and accessories is important if you want to take great or professional photographs in your niche and also to decide if you want to spend your hard-earned money on it. Here is a small guide on what different kinds of cameras are available in the market and what camera is the right fit for you. We will talk about Lenses and Accessories in our next article.

Choosing the right camera, lenses and accessories is important if you want to take great or professional photographs in your niche and also to decide if you want to spend your hard-earned money on it.

A point-and-shoot camera (P&S) or Compact camera are the most common types of cameras. They are mostly entry-level cameras and are small & lightweight. They weight about 120-130g. They are also by far the best selling product. They are used for simple operations, meaning most of the functions in the camera are fully automatic. Functions like exposure and focusing are automatic and very limited features are available. They also have an in-built flash function and do not rely on the optical viewfinder for taking pictures, instead they rely on LCD screens for live view.

They are used for simple operations, meaning most of the functions in the camera are fully automatic.

A point-and-shoot camera is mainly used for what is called “Vernacular Photography” as used by those people who do not consider themselves photographers and mainly want to take quick pictures or snapshots of their vacation, parties, travel, etc. Compact cameras are now mostly replaced by smartphones, declining their sales mostly after 2010. Compact cameras with 30x and 60x zoom are also available.

Some extra features may also be available on some cameras like image stabilization, HD video recording, and wifi connectivity. They also come in a range of different colors. With the advancement of sensor technology, image quality is greatly improved and also added superior versatility and better low light capability. These models come in 16MP-24MP sensor sizes. The most plus point about these cameras is all these features come at a low cost and are also budget cameras.

Superzoom cameras are fixed-lens cameras that offer both wide-angle and have large magnification. Unlike DSLR, you don’t have to invest in additional lenses. They can provide magnification of 60x or more, that is equivalent to a 1400mm super-telephoto lens. These could save you a lot of money other than buying expensive DSLR and separate lenses. These cameras also provide image stabilization, manual control, electronic viewfinder, and also HD video recording. These cameras are best for wildlife and travel photography.

Superzoom cameras are fixed-lens cameras that offer both wide angles and have large magnification.

So if they have wide-angled super-telephoto lenses, you will think why would anyone invest in expensive DSLRs? As these cameras are great for a budget, they still have a lot of downsides. They have fixed lenses so you cannot try out a wide range of different types of lenses available for a DSLR. You cannot get a shallow depth of field for close or macro shots. You cannot use a fast prime lens for low light shooting. These cameras are best if you are developing some photography interest after using compact cameras and are on a tight budget.

An action camera or action-cam is a digital camera used to capture high-speed action. The cameras are capable of capturing live high-speed action and are also quite tough and shockproof to handle extreme stress. They are also compact and waterproof up to 50ft or more. They capture photos in burst mode and time-lapse mode. They also capture very high-definition videos and nowadays provide a resolution of 4k 60 fps. Slow-motion video recording at 120 or 240 fps is common. They are best for people who want to capture action stunts or adventures. They are also commonly used by vloggers due to its compact size and high-quality recording.

An action camera or action-cam is a digital camera used to capture high-speed action and is quite tough to handle extreme stress.

They are typically worn or mounted to capture shooter’s point-of-view (POV) and have many accessories available for this purpose. Action cameras are on a rise with better upgrades and more companies coming up with these types of products. They typically use CMOS image sensors and offer about 16MP resolution. They provide plenty of shooting modes for all kinds of purposes. These cameras are quite commonly used by surfers and hikers. GoPro is currently dominating the action camera market.

Digital single-lens reflex camera or Digital SLR or simply DSLR is a camera that combines optics and mirror mechanism to reflect light from the lens to a viewfinder. As light is reflected via a mirror, so you are seeing what your lens sees in your viewfinder. When you take a photo the mirror flips, allowing the light to fall directly on your camera sensor, and the image is saved. DSLRs are quite heavier than other mirrorless cameras due to its mechanism.

DSLRs use interchangeable lenses giving you plenty of choices and scope. some prime or expensive lenses can provide superior quality and could be a great choice for amateur and professional photographers. Most DSLRs are known to make noise due to its mirror mechanism. Most DSLRs use APS-C sensor size but some are also known to use full-frame sensors. DSLRs are best for high-quality amateur or professional photography especially in combination with popular prime lenses and cost-less than mirrorless cameras. They also provide HD video recording, image stabilization, and many customizable options. Despite the rise of mirrorless cameras, DSLRs are still popular. Cannon is currently dominating the DSLR market and is most favored by professional photographers. 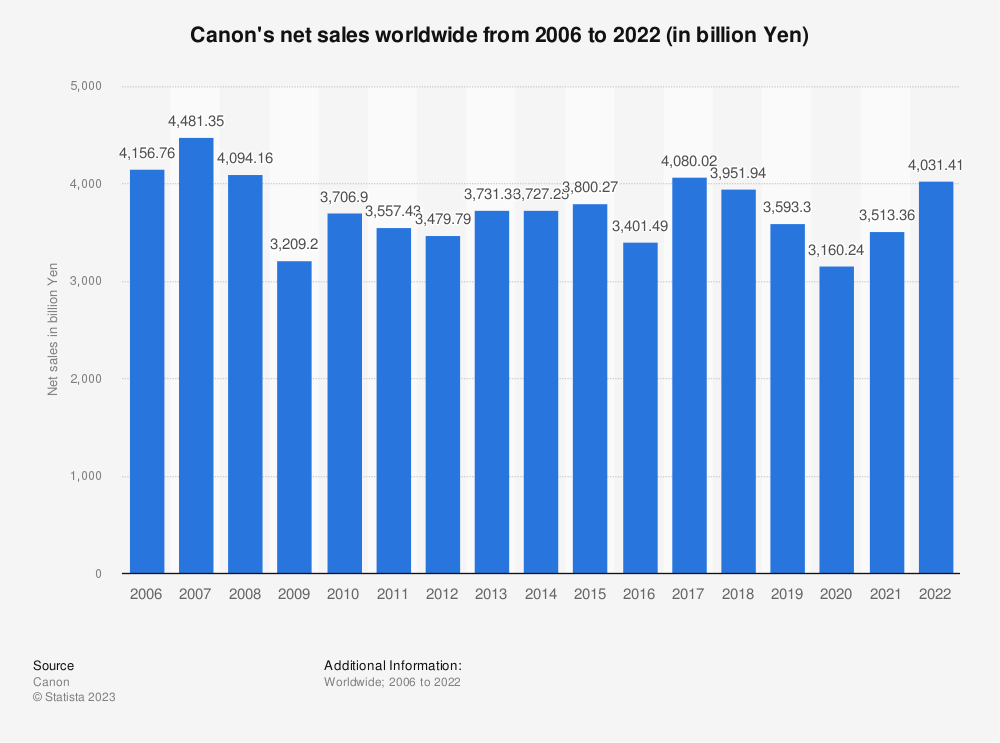 Mirrorless interchangeable-lens camera (MILC) or Mirrorless Cameras, also called DSLM (digital single-lens mirrorless) or EVIL (electronic viewfinder, interchangeable lens) features a single, removable lens and does not have a movable mirror as seen in DSLR cameras. They use a digital display system rather than an optical viewfinder. As the reflex mirror is absent, the light from the scene falls directly on the image sensor. The electronic viewfinder shows what the image sensor sees.

Like DSLR, these devices also have an interchangeable lens system, giving you more control to capture different situations. As there is less mechanism, these cameras are light-weight and less complex. Full frame 35mm mirrorless cameras are also available giving superior quality images. You get more control over features like exposure etc as the light falls directly on the image sensor, you can calculate how the image will look before capturing.

Companies are upgrading mirrorless cameras each giving the best features including up to 4k video recording, more stability, and fast autofocus. Mirrorless cameras are also a great choice for vloggers, who don’t mind spending more money on better cameras. Mirrorless cameras come with a wide range of lenses, which are a little expensive but can give superior and professional quality.

Smartphones or Camera Phones are worth mentioning here as they are slowly replacing point-and-shoot and DSLRs. Companies are continuously making improvements and with the advancement in imaging technology, camera phones are providing superior quality with impressive low-light capabilities and 4k video recording. Samsung has gone even further claiming to provide 8k video recording in its latest smartphone.

Smartphones are light-weight, cheap, and come with many functions and apps to enhance a photo or video quality. The plus point of using a smartphone to click pictures is you can just instantly add filters and share them on social channels. There are a wide range of smartphones available to meet demands.

Smartphones are now equipped with more than one camera, including back and front-facing or selfie camera. They are also providing high-quality shallow depth of field with f/1.2 aperture. They have a small LED built in to provide flash for night photography. They have smaller sensors and tiny lenses and can be carried anywhere in your pocket. They are instantly available to capture the best moments, without going through various settings as most functions are automatic or done using an AI. Some smartphones are now also allowing images to be captured in RAW format. 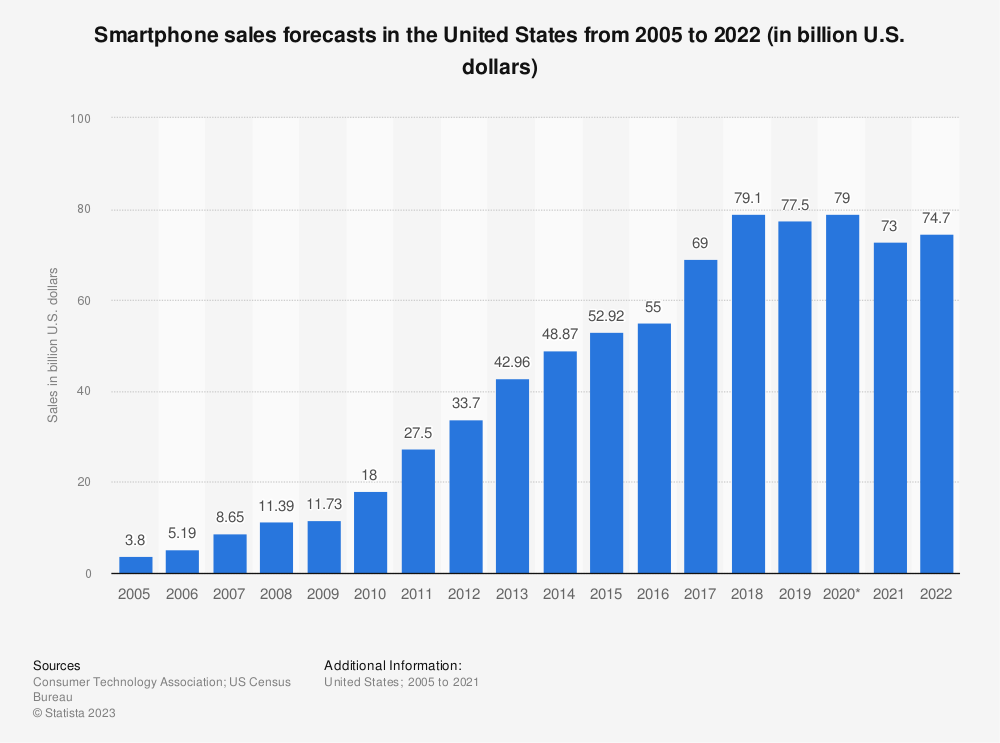 In 2019, the revenue from smartphone sales in the United States is projected to amount to 77.5 billion U.S. dollars.

This site uses Akismet to reduce spam. Learn how your comment data is processed.